Because of our innovative focus on corporate culture and passion to help Small and Medium Enterprises, we won the Tenth Adolf Horn Award for the Young Entrepreneur of the Year. 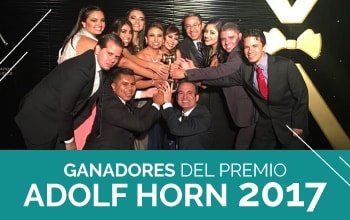 Warning: A non-numeric value encountered in /home/customer/www/adwebinc.ca/public_html/wp-content/themes/startit/framework/modules/title/title-functions.php on line 446

What to Do When Another Google Algorithm Change Happens?

What to Do When Another Google Algorithm Change Happens?

by Editorial Team
in Blog
Comments

We are always worried about what a new Google Algorithm change will bring. We are worried that it might have a huge shift on our rankings and the traffic we have might actually end up disappearing on us. However, I’m here to tell you that you can prepare yourself by making a few adjustments to your campaign and the way you approach your content writing. For example, we often feel the effects of an algorithm tweak because we are simply not preparing for it and are doing things that Google might NOT necessarily agree with. I’m not saying that we are completely going against their policy, but that we just don’t know any better. I have been in the business of blogging for over 7 years and have learned a few cools things about Google and what I can do to make sure I’m prepared for the future.

The thing is you never know when Google will present another algorithm so it’s always a good idea to be prepared. I do this by doing a handful of things that prepares me now and going forward. Today, I’ll be answering the question: What can I do to prepare myself for Googles next algorithm update. Let’s get started and explore some things that you should look out for.

First, here is something you have to keep in mind when exploring your options and what you’ll be doing going forward.

As bloggers we try and avoid change and start to panic when it happens. However, you have to keep in mind that change is going to happen and it can be a good thing especially if you have been doing everything correctly. For example, I’ve noticed the only ones who don’t like change are those who have not been living by the rules. Some of these people are also the ones who prefer not to grow and this cannot be good especially when you are running a business that has enormous competition. However, it’s important to keep the following in mind as it relates to change.

First, change is good because it can teach you a lot about what changes you should be making. For example, because of change I’ve grown to be better in my craft and been better at what I do. I had to educate myself to be better and this force me to think outside the box. Next,

Change and the algorithms have eliminated most of my competition. Those that were not playing by the rules disappeared and I was left with very little competition. This also gave me insight into what I should keep doing to avoid being penalized by Google. Next,

It allowed me to understand my competition and why they have been able to stay ahead of me. Whenever an algorithm change occurred, they survived which showed me that they were doing some right. This forced me to become very creative so I can do things better. It made me a better competitor which in turn allowed me to do things that doubled or even tripled my income. It’s an amazing thing when change happens and it’s something I no longer run away from.

Next time you find yourself in an uncomfortable situation because of change, it’s time to embrace it because it can be huge for your overall success.

Learn from Your Competition

Your competition has been around longer and they are normally the first ones to make the change after an algorithm shift. This is why I love to pay close attention to them because in the end, they provide me with most of the information I need. Many people fear competition, however I’m the first to tell you that I love it and will continue to observe them to learn a lot. For example, over the years I’ve been able to pull out the following information.

Competitors are normally the first ones to make huge changes to their site after an algorithm change. They know what to do because they have a team of people working for them taking care of such things. They work closely with Google to ensure the right changes have been made and they are no longer being penalized. They also are very straight forward about following the algorithm change from the start. Instead of having to make changes afterwards, they are following what Google expects form the start so they don’t have to spend time afterwards.

The cool thing is all this information is available openly. For example, you just have to visit the MOST popular websites to see what you should or should not be doing. Create a list and visit them every few months to see what changes they have made and what you can do going forward.

One of the best ways to protect yourself going forward is to understand the change and make adjustments. When you understand what’s going on, you’ll be able to act fast and make the changes asap. This will protect you from more sudden drops and will protect you from making the same mistakes going forward. The cool thing is that it’s not hard to find out what changes Google has made. They are usually very vocal about what to expect and many expert bloggers will write content on what you can do to move forward. When you find out what Google expects after this sudden algorithm introduction, it’s time to go through each options implementing what you can. This does take time and you should go through each one expanding it over no more than a month. The sooner you have made the changes, the less impact you’ll see from the drop.

It’s important once you have made those changes that you continually make them going forward. It’s when you stop that you have to be careful about being hit with negative effects from algorithm changes. If you have very little experience dealing with these situations, you can always do what’s next on this list:

Hire Someone to Help

We live in a time where it’s so easy to connect to people all over the world. This has allowed us to hire someone for a fraction of the price to do some very important work which otherwise would have cost us enormous money. With that said, it’s important you under how this can help you out when moving forward. For example, you now have websites like Freelancer.com and oDesk.com that allow you to connect to people in places like India who will work for a fraction of the price. This is awesome because it will allow you to hire someone to do the work which you are unfamiliar with. With that’s said, what should you look for when hiring someone to take care of this process.

Experience â€“ it’s important you find someone who knows that they are doing and has been in the game for a long time. They should know what changes to make and how to find the important information on Google. Remember, you need someone who can locate changes made to the algorithm.

Rate â€“ you want to make sure they are not charging you an arm and a leg for the help. Sometimes the changes are not that big and can be done by you. For example, imagine if you need to make content changes? You might as well do these on your because you know you can add more value than anyone else.

Location â€“ you want to hire someone who understands where you are located and your audience. This why if tweaks need to be made that are demographic sensitive, they’ll be able to get the job done right.

Reviews â€“ This is very important because you have to know what quality of work the person you hired will do. The last thing you want is to hire them and you end up getting banned from Google because the correct changes were not made. Do a quick search on the company and search for reviews. Look to find what others are saying especially about the quality of work they perform.

Google Algorithm changes are going to happen and the best thing is to be prepared. I have listed about 3-4 things you can do right now to ensure you stay on point with the future changes that are going to occur. You have to keep in mind that Google is always striving to ensure the right things happen to improve the overall user experience. Without user engagement, Google will not be able to grow which will destroy their current business model. It’s time that you start to prepare yourself going forward. Read through the contact I have written and do the following:

First, start preparing by making a game plan which suites you and which you can put into play almost right away. Next, ask yourself this question: Are these changes something you can do on your own? If not, you can hire people to help you and implement the major changes that you feel will make the difference.

Sorry, the comment form is closed at this time.